Hello and happy Wednesday! There have been a TON of new books that have been releasing lately and a ton of blog tours on their way, and I’m super excited! I’m kicking it off with The Killing Tide by Dani Pettery, which actually released last year but whose SEQUEL is coming out later this month! Because this is a blog tour from Celebrate Lit, there is also a giveaway involved, so stay tuned for that! 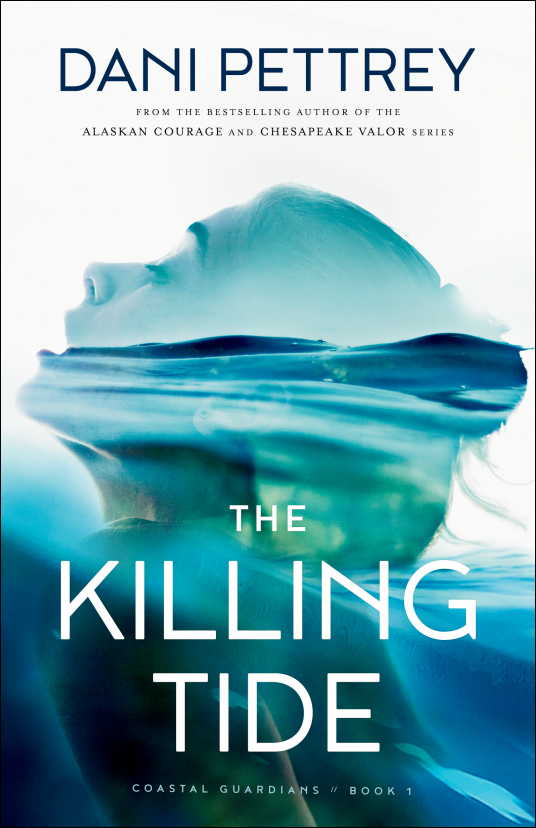 When one Coast Guard officer is found dead and another goes missing, Coast Guard Investigative Service special agent Finn Walker faces his most dangerous crime yet. His only clues are what little evidence remains aboard the dead officer’s boat, and the direction the clues point to will test Finn and the Guard to their limits.

When investigative reporter–and Finn’s boss’s sister–Gabby Rowley arrives, her unrelenting questions complicate an already volatile situation. Now that she’s back, the tug on Finn’s heart is strong, but with the risks she’s taking for her next big story, he fears she might not live through it.

Thrown together by the heinous crime, Finn and Gabby can’t ignore the sparks or judgments flying between them. But will they be able to see past their preconceptions long enough to track down an elusive killer, or will they become his next mark?

This was such a fun book! I’m always down for a Christian suspense novel, and this one was definitely one that I enjoyed! I had heard good things, so I was really looking forwards to reading it, and it delivered!

The storyline was fastpaced and interesting, and I got really wrapped up in the story really quickly. The suspense and mystery started off pretty much on the first page, and continued like that all the way until the very end (I literally did not expect the last thing that happened!). The antagonist was also a HUGE surprise that I didn’t expect AT ALL. The whole story was very well developed and I enjoyed reading it a lot.

(Although I’m not 100% sure about the believably of it all?? a. it seems like there were way less people than should be involved in a crime as big as the one that happens in the story, and also b. I’m not sure how some of the reality is for some of the investigative parts, so there was a little bit of suspense of disbelief that had to happen for me, but it really fun suspenseful read)

On the other hand, a piece of criticism that I have is that there are a lot of characters to keep track of: it’s a weak point in my reading comprehension, but all the characters together were quite easily confused, and at times made the story less clear. In addition, there was a fair bit of backstory that each of the characters had, and it was a lot to keep track of at the beginning. Because of that, it felt pretty hard to accurately form a mental image of what each character’s personality is like. However, once I got the hang of each of the characters, I really enjoyed following along in their lives.

Also, there was quite a bit of ~attraction~ going on: compared to a lot of other Christian fiction books I’ve read, the two main characters were pretty much making out at times during the book. While we did get that they had already developed a relationship before the book started, that dynamic was kind of weird??? From the reader’s perspective, they kissed, then said I love you, then immediately began calling each other baby, then got engaged? So that was a little jarring, and would also probably not be okay with some of my more conservative Christian friends.

Overall, it was a really fun book that I enjoyed! The story was engaging, fast-paced, and exciting, and the suspense was really fun. The character development left something to be desired, but for a exciting suspense book, this was a book that I really liked!

Praised by New York Times best-selling author Dee Henderson as “a name to look for in romantic suspense,” Dani Pettrey has sold more than half a million copies of her novels to readers eagerly awaiting the next release. Dani combines the page-turning adrenaline of a thriller with the chemistry and happy-ever-after of a romance.

She researches murder and mayhem from her home in Maryland. For more information visit www.danipettrey.com

To celebrate her tour, Dani is giving away the grand prize package of a Kindle, $20 Amazon gift card and a signed copy of The Crushing Depths!!

Be sure to comment on the blog stops for nine extra entries into the giveaway! Click the link below to enter.

For more information about this blog tour, and exclusive content from the author about The Killing Tide, as well as more stops from the blog tour, click here.