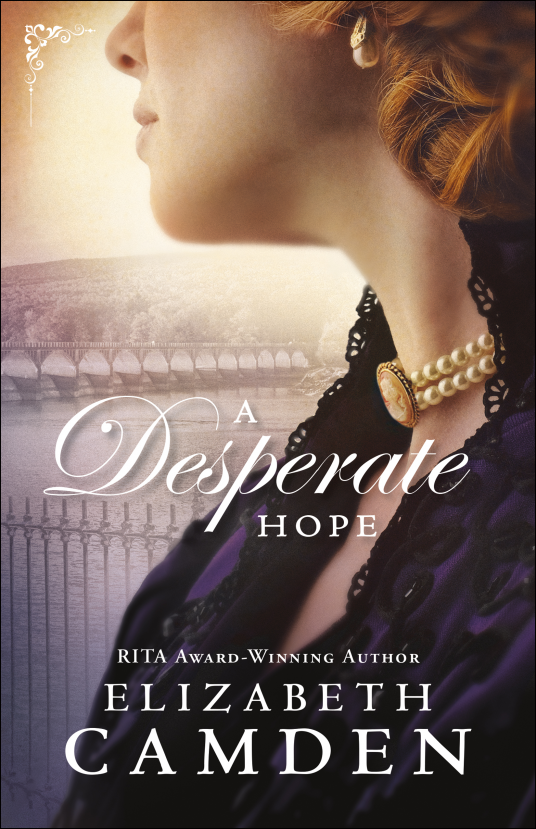 Eloise Drake’s prim demeanor hides the turbulent past she’s finally put behind her–or so she thinks. A mathematical genius, she’s now a successful accountant for the largest engineering project in 1908 New York. But to her dismay, her new position puts her back in the path of the man responsible for her deepest heartbreak.

Alex Duval is the mayor of a town about to be wiped off the map. The state plans to flood the entire valley where his town sits in order to build a new reservoir, and Alex is stunned to discover the woman he once loved on the team charged with the demolition. With his world crumbling around him, Alex devises a risky plan to save his town–but he needs Eloise’s help to succeed.

Alex is determined to win back the woman he thought he’d lost forever, but even their combined ingenuity may not be enough to overcome the odds against them before it’s too late.

Elizabeth Camden is one of those authors that I always intend to read someday, but end up not reading, and then love when I finally read, and I finally got around to reading A Dangerous Hope!

Eloise and Alex have spent the last 12 years of their life apart, after falling in love when they were teenagers. When they were found out, they were separated, and now their paths have crossed again. Alex is the mayor of a small town, she is an accountant in New York City, and she’s assigned to burn down his town. They still remember each other with fond memories, but are not sure if they can make their relationship work.

At the same time, the small town they need to get rid of needs saving, and Eloise and Alex work together to save it, and . . . Things Happen™. They have to work through a suspenseful situation and battle through lots of adversary to figure out what to do with the town, and with each other.

The best part about the Empire State series, in my opinion, was the strong STEM women that are smart and brilliant, but still are soft and sweet and AAAAA. Like A Dangerous Legacy (book 1 of the series), the romance was exactly light enough: it wasn’t very lovey dovey, while still showing their chemistry.

Thank you to Netgalley and the publisher for providing me with a free e-copy of this book in exchange for my honest review; I was not required to write a positive review.