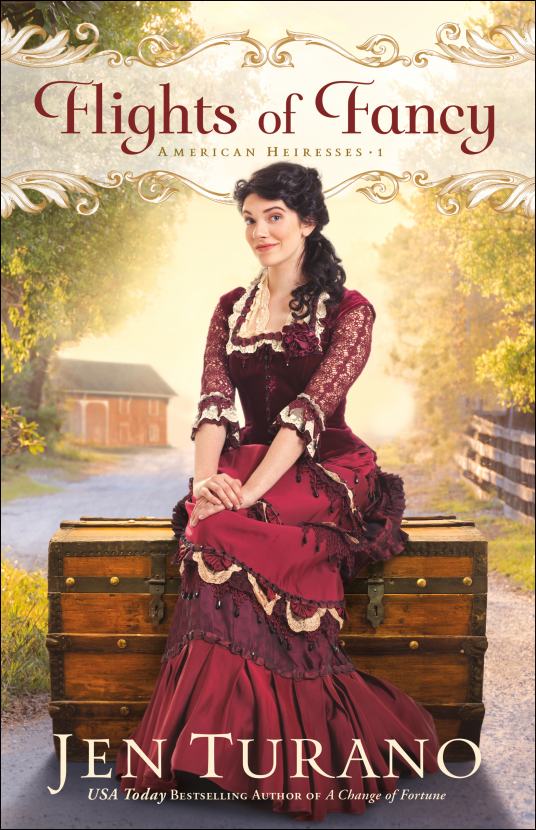 Miss Isadora Delafield may be an heiress, but her life is far from carefree. When her mother begins pressuring her to marry an elderly and uncouth duke, she escapes from the high society world she’s always known and finds herself to be an unlikely candidate for a housekeeper position in rural Pennsylvania.

Mr. Ian MacKenzie is known for his savvy business sense and has built his reputation and fortune completely on his own merits. But when his adopted parents are in need of a new housekeeper and Isadora is thrown into his path, he’s unexpectedly charmed by her unconventional manner.

Neither Isadora nor Ian expected to find the other so intriguing, but when mysterious incidents on the farm and the truth of Isadora’s secret threaten those they love, they’ll have to set aside everything they thought they wanted for a chance at happy-ever-after.

Other books in the series:

Jen Turano has done it again! With less than realistic stories and romances, this is yet another witty, hilarious, historical fiction book. Her books are fun like no other, and I always enjoy them.

The basis of this beauty is the rich-pampered girl meets farm, which in itself is always a WILD RIDE, but the fun part is that the boy is not only a farm boy, but also a rich businessman! Both of the characters are likeable and exactly zany enough that the insane situations that happen to them are possible, and that’s probably the best part about Turano’s books. There are boiling water mishaps, wild pet stories, adorable children, ducks, and wise aunts and uncles: what more do you want?

There is also a surprising amount of faith content in this book for Isadora (the female MC) not really believing in a God, which I really enjoyed. Aunt Birdie was so sweet and wise and AAA can I have one of her in my life??! There was also a bit of mystery/suspense involved with the duke Isadora was trying to escape, especially at the end, which was really fun, and also different from most historicals!

Overall, this was a really fun read! I enjoyed it a lot, and it was hilarious and witty.

Thank you to the publisher and NetGalley for providing me with a free e-copy of this book in exchange for my honest review; I was not required to write a positive review.